The gallery was established in 2015 due to a number of very favourable circumstances, which all came together and allowed us to start, almost as an experiment.

In 2014 I met Peng Seng Ong here in Penang, as he was holidaying (he was born in Penang, but has lived in the UK for the last 40 or so years) and we came to the conclusion that we could work together, albeit in different locations as he was living and working in the UK. He had set up a hub called PingHub Malaysia, and it was difficult to run it from the UK, spending time here to try to make it grow, as Peng thought that the arts would play a major role in Penang in future. He was most patient with advice, all along, and my incessant questions must have driven him mad at times, but he was always there to give the foundational ideas.

My family were quite artistic, and my mother had been an aspiring artist, but World War II disrupted all sorts of things, hence outcomes were not always as predicted or hoped. At one stage my mum was going through a difficult patch, after returning from India where she had remarried, I tried to encourage her to get strength from her artistic capabilities. It took a very long time, and finally she started working on “mutli-media” collages, whereas as a young aspiring artist she used charcoal and pen rather skilfully to draw faces, people and landscapes. Her greatest wish as a young woman was to become an opera singer, but the family vigorously prohibited it.

To cut a long story short, I had promised to help with promotion, eventual sales, etc. to encourage the artistic endeavours of Keeni (as she was known, rather than her rather long Jeanne-Antoinette Sophie Hélène !), but was living far away and was not sure how to go about it. With the encounter of Peng, at siTigun’s on Nagore Street in the summer of 2014, things somehow belatedly (relative to the promise made in 2005 to help with the logistics) took shape! I was going to help run PH Malaysia!

I had no idea what I was getting myself into ! In fact, in the beginning, Peng was explaining the theory of the Hubs (the idea of hubs establishing themselves in various locations, was all very alien to me) and how it would work. He was most patient, and repeated the ideas, theories over and over. I understood the words, but not the concepts.

Shortly after signing up to the plan, I was introduced to Mr. Robert Yeap, who is part of PH Malaysia and who led me by the hand to deal with the bureaucratic parts of setting up shop! Later, through another set of circumstances, my friend Ms. Sherlyn Lai offered me a space on top of her office on Nagore. Slowly, things were falling into place!

At first, the gallery was called “Gallery 21” – given the street number. In 2016, Peng had the great idea of changing the name of the gallery to that of Keeni Kessler Gallery, finally honouring and completing the promise I had made years before while Keeni was still alive.

Just around that time 2016, I had the chance to meet an amazing photographer, whom I greatly respect and care for. His name is Albert Foo. He has been a mainstay and pillar of the gallery ever since he became interested in what we were doing. His photography, graphic works, posters, banners and ideas were essential for the gallery to move forwards. The exhibition honouring Keeni Kessler’s work, was titled “Migration” (an important motif in her life) was at the suggestion of Albert who particularly liked a collage with that title. Albert’s presence at countless functions, be they Openings, talks or film events, assured wonderful photographs and records of the gallery’s life. He continues to be present unseen, with his work supporting the gallery.

Dr. Doris Hafner, a painter, and friend who exhibited and led 3 conferences on art at the end of 2016 and beginning of 2017, also has been a source of inspiration and advice which has greatly helped improve our vision and modus operandi. Her support and presence all along our journey has been a major factor in our evolution.

Last but not least, Michael Moore, who patiently instructed us on how to paint properly, while leading the “paint brigade” with precise measurements, and kind words of support and all the needed technical advice, made readying the premises upstairs possible. Friends such as Fuad, Khaing and more who helped with the setting up of what was to become KKG, are also a very important part of the history of our little gallery.

Markus Lee and Han Shi Choong of Restaurant Markus have been pillars at our Openings along the years, with the excellent foods, wines and services provided to us, and the help of their staff to serve our members and visitors and make our Openings memorable events.

siTigun and Caffeine Chemistry, have also been supporters of our film events with their drinks, pastries and practical advice along our cinematographic journey at the gallery ! 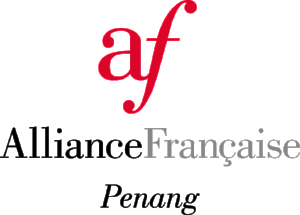